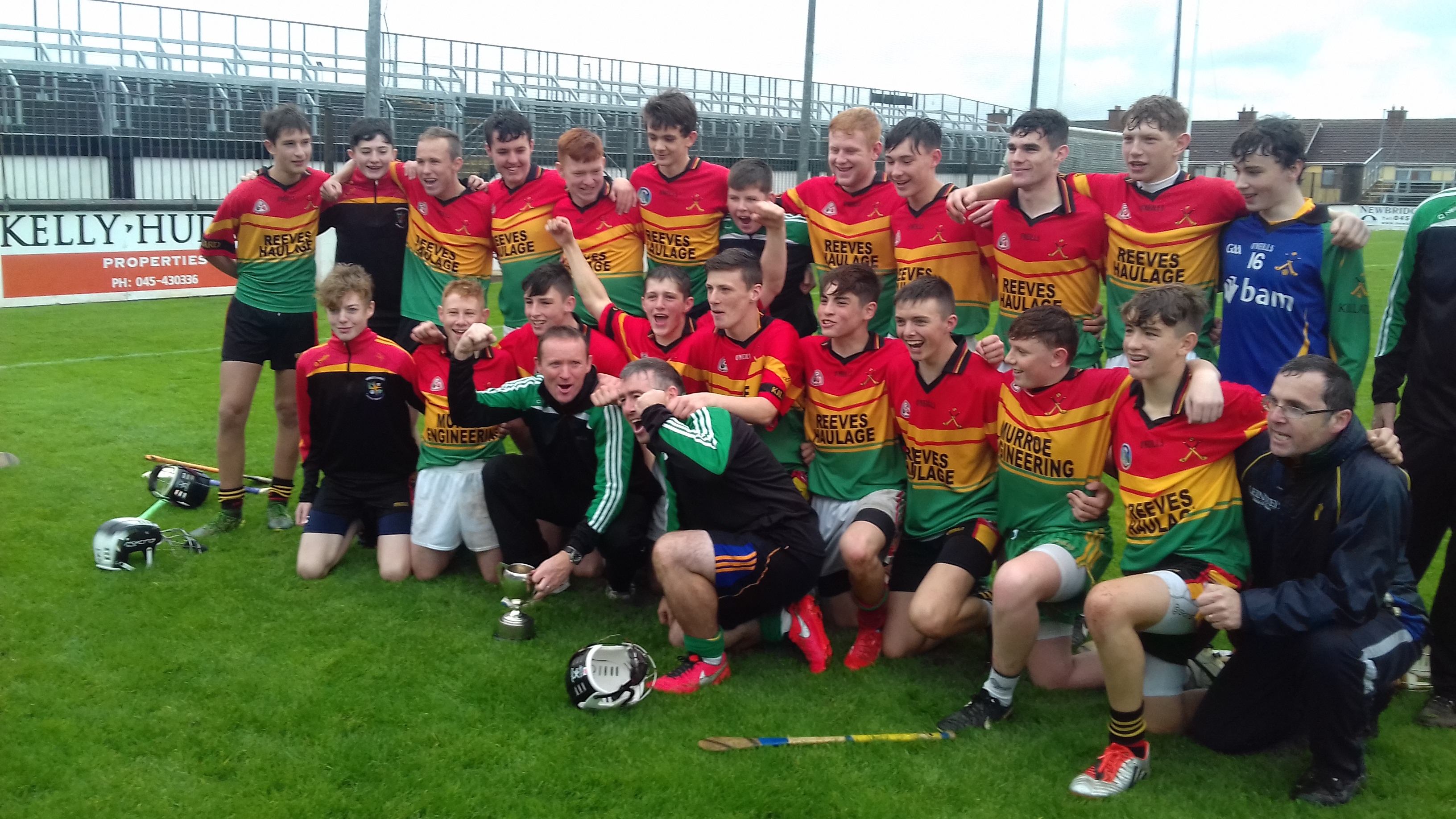 Published: over 6 years ago

Download our mobile app to hear more about Ardclough.

The KillArdfey U-16 Hurlers completed the Championship and league double in the county grounds today with a last gasp victory over Eire Og/CC on what was a wet and miserable morning. The final score was KillArdfey 3-13 Eire Og/CC 2-13. A Paul Byrne goal in the 62th minute proved to be the difference between the teams on what was an awful morning for hurling. Both teams served up an entertaining end to end game with little seperating the teams. With time running out and finding themselves a point down,  a ball over the back of the Eire Og defence was pounced upon and buried to the back of the Eire og/Cc net. Despite late pressure the KillArdfey lads held firm to record a great win to add the Championship title  to their earlier league title win. Well done to all the Lads from Ardclough, Confey & Kill. A big thanks to Andrew Whelan, Joe Fahy, James Cross and Mark Ryan for looking after the team.

Save the Date !! Keith Barry live in Ardclough GAA

Ardclough GAA are delighted to announce that world renown...

As approved at our AGM in November, there was a small inc...

Huge thanks to everyone who has purchased tickets so far ...

Finish January in style - Take a chance to win or share ...

Support your club by playing Lotto and be in with a chanc...

Get live information for Club on the ClubZap App